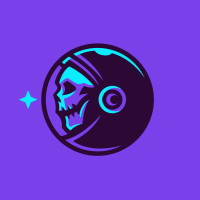 Managed to get a perfect dedi for my use case with 40TB disks. Now I want to make this my sole server for everything. I might keep a vps or two but I want to make this my main server for everything. I absolutely love cloudron because of how easy it is to deploy, automated backups, updating individual apps etc but $15/month billed yearly is significant amount. I mean even at monthly pricing of $30 its almost 70% of what I am paying for my dedi.

I am looking to host the standard media streaming stack - Plex, jellyfin etc. I would also like to use next cloud / seafile and maybe photo service such as lychee. Also throw vaultwarden and maybe a wiki on there. Now Yunohost doesn’t seem to offer Plex and a couple of other apps that Cloudron does.

What’s the best way to get this setup? Docker containers? I am new to all this so might have to deep dive into tutorials for docker. I usually just throw cloudron on different VPS and use the 2 free apps.