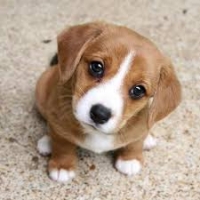 I'll use it mostly for my data backup (non-personal; non-critical data; nothing that can't be recreated or repurchased/downloaded, or nothing that risks my privacy).

It'll be a server I would keep my films/music on (maybe pirated, maybe purchased - let me know if that's a concern).

But no, that data won't be used for P2P purposes from your server. Because if I've to, I'll transfer it to my Seedbox which is on a Kimsufi KS-2 (yeah it sucks, but it's cheap - that's the reason I'm considering a backup server which is non-KS). I shall not use it as a streaming server either.

Won't run Torrent, Tor relay, or basically anything that is CPU/RAM/bandwidth hungry.

Maybe an OpenVPN instance for my personal usgae (not for sth like Netflix or so), or a ownCloud instance with really low data transfer (my main sync service is Dropbox).

Budget: As it's non-critical data I am looking for sth cheap. ~$7-15 per month is fine, right? (though I doubt it would be, but great if there's sth cheaper).