Home › General › How many visitors can handle a small VPS?
New on LowEndTalk? Please Register and read our Community Rules.

How many visitors can handle a small VPS? 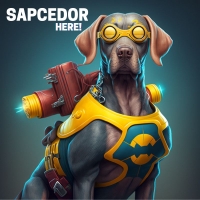 This is most likely a question you've seen a lot of times on the Internet, but I never saw a clear answer. Let's put this in perspective. If I would like to go for a "small VPS,“ like 1.5 GB of RAM and 2 vCPUs, how much traffic do you think that a small machine can handle?

Let's say that there is only one WordPress site on the server.