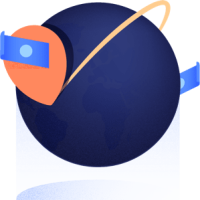 Before anyone starts questioning why create such a discussion here as the pricing needs to be changed due to inflation. You should take a look at what Grandfathered pricing is and why many SaaS businesses opt for it in there pricing models.

I see lot of providers here at LET offering recurring discount on deals for there monthly/yearly plans so it's good to have a dialogue about such pricing models.

Coming back to Runcloud I would like to know the views of any existing Runcloud users who have been using it since it started and now Runcloud is changing the grandfathered pricing of these users.

I myself have been using various server panels like Runcloud, Ploi, Gridpane, CyberPanel, Caprover, CloudPanel, Cipi as per my needs.

Even though I use completely free panels as my first preference, I never closed my Runcloud & Ploi subscriptions even continue subscription when only just 1 server is managed using Runcloud.

I completely understand that now they have grown in size but the language they used in the email notification like they let us use there service as privilege is not right. They could have used a better language.

The focus should be on marketing and improving the service which still lacks many important features rather then squeezing out more money from the existing pro users.

I understand the prices needs a change and it doesn't matter paying a few extra bucks a year but the language of email intimation could have been better and the time given to users to make a decision is very less. 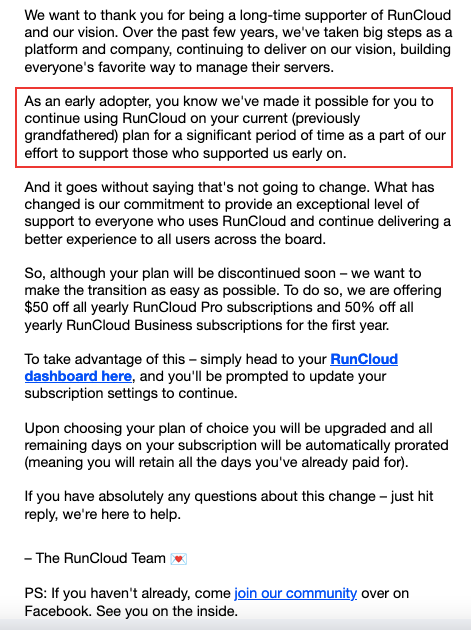 And currently existing grandfathered pro users are paying $10/month that is $120/Year.

Since there is no changes been made to there current pricing why they want there all Grandfathered Pro users to make a payment $130 soon or shift to $15/month plan do you see any logic in this other then collecting some quick bucks from existing users which by my guess will be somewhere between 5K-15K subscribers who subscribed to Runcloud between 2017-2020.