How to make lightest Virtual Machine/container with separate SSH? 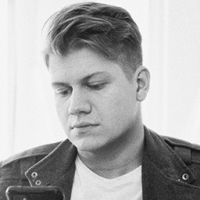 I want to create VM with separate SSH login on my dedi.
Whats the lightest option to do it?

Last time I was using Proxmox+LXC and plenty of other people are using it, but maybe is something lighter that won't be hassle to maintain in long run?
From quick Google Search I see that I can do it on Ubuntu via LXD - will it be lighter? Anyone has experience with maintaining it?

By lighter I mean less RAM usage, less disk usage. Kernel can be shared with host and probably should be shared to minimize ram&disk usage, so I'm looking at LXC/OVZ.

Created VM should be binded to seperate IPv6 address or selected ports from IPv4 host IP.
It will be just 1-2 VMs on host.
Would like to avoid OVZ because of old kernel on stable version, but if its really lighter than other solutions then let me know, I can test out OVZ9 alpha.