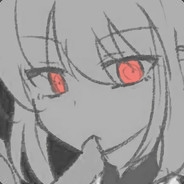 Here is what I'm looking for:

I know it'll be pricey and I'm fine with that. Been struggling to find a provider that can accommodate this. Currently running with a 10Gbps server from vsys.host (Paying 1k Monthly, have the Supreme 10G plan) but the 1TB NVMe is running out of space and they don't have options to upgrade it or get another NVMe slot, only SSD Storage.

Any suggestions will be highly appreciated !