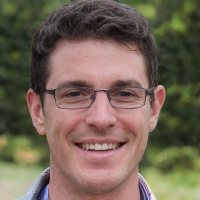 It's running LAMP, with debian, apache and mariadb.

I want to migrate to the new server with no more than a minute or two of down time, ideally none.

Now, I can easily get the new server set up and configured, thats fine, but my biggest concern is how I can keep the DB up and running, changes and all, while "switching" over.

the DB is around 10GB at present and theres probably 10-20 updates a second.

You can probably guess at this point, I have zero experience of replication or using mysql remotely.

I found a guide here: https://autoize.com/migrating-mysql-databases-with-no-downtime-for-non-dbas/

but I have a couple of questions: