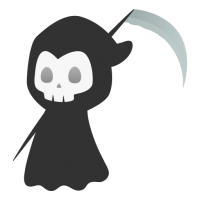 Well I might be overreacting a bit but I got this in my mail about 20 minutes ago.

Today we announced the new Chairwoman of the AlmaLinux OS Foundation,
benny Vasquez (yes her first name is with a lowercase b), as Igor Seletskiy of CloudLinux is stepping down in order to fulfil the promise of making AlmaLinux a truly community-owned and governed project with community-driven goals and representation.

This goes in tandem with our announcement last week of open membership in which any community member (for free) or corporate sponsor can join the Foundation and earn the right to vote.

This is a fairly seismic shift for the CentOS community and the fulfilment of a destiny which should have been achieved long ago. You can read our community manager's take here.

If you have any questions, please feel free to reach out to us at any time at [email protected]

If anyone can't figure out who is benny Vasquez let me give you a hint. She's behind the orange colored panel.

I sometimes end arguments early just by agreeing with them and saying sorry. My time is too short for any kind of conflict.