Home › Tutorials › VPN everywhere: IPsec without L2TP with strongSwan (even in OpenVZ)
New on LowEndTalk? Please Register and read our Community Rules.

VPN everywhere: IPsec without L2TP with strongSwan (even in OpenVZ) If you ever looked for VPN which works on desktop, mobile devices and routers without installing additional software or reflashing router, you probably had a choice between PPTP and L2TP+IPsec. With some security and NAT traversal issues, PPTP is not a good choice for today, and L2TP only introduces additional overhead and can transmit L2 packets, which is almost always unnecessary.

Strange that you hardly find any decent IPsec without L2TP in transport mode configuration manual on the internet, taking into account that IPsec is a very flexible and mature protocol stack you can configure as you want. I'm writing this article to remedy this deficiency.

Generally speaking, it's not quite accurate to call IPsec the VPN. IPsec was not developed as a solution for virtual private networks, but to sign and encrypt IP data between two endpoints. It works as a special layer over IP which works different with different configuration. Unlike usual VPN, which creates new network interface (network segment) where all the traffic is routed, IPsec just encrypts data over external server and client network interfaces. It's magic!

Both AH and ESP are transport protocols with their own protocol numbers in IP header. In own modern world with NAT over NAT everywhere, we are bound to use something more usual. IPsec supports UDP encapsulation of ESP packets which works good with NAT. AH doesn't work with NAT.

There are two modes of IPsec:

By the way, it's IPsec but Cisco IPSec.

The IPsec (AH/ESP, SA) works in the kernel mode, we just need to install and setup usespace IKE daemon for client configuration. Although several available, there are only two which are in active development: strongSwan and libreswan. I can't say anything for the second one because I didn't use it, but the first one is awesome. Also, that's the only daemon with it's own userspace IPsec library so you can use it in OpenVZ with old kernel versions (which, by the way, comes with broken IPsec routing).

Some notes on IPsec in OpenVZ

OpenVZ fully supports IPsec and it's suitable for L2TP+IPsec, but there are some general issues with the routing to non-local interfaces. These issues could be resolved by adding firewall rules on the host, but that's the main problem as none of the VPS providers would allow you to do that. You should use strongSwan userspace IPsec library called libipsec. To use it, one should build strongSwan with --enable-kernel-libipsec configuration option.
Bug links: 1, 2, 3, 4

We need strongSwan >= 5.0.0. I would recommend using 5.2.0+ because of new control utility swanctl. It's much more convenient than old ipsec. It is used almost only for information or statistics so it's not a big deal if you use ipsec. 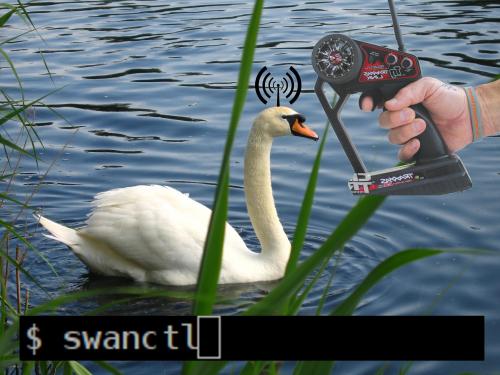 We should need some modules which could be missing in your repository:

If your distro doesn't have these modules and you don't need to run strongSwan in OpenVZ containter, you're OK with ipsec utility and don't care about login/password on iPhone and iPad, you can use stock build. It's a shame that Debian doesn't supply these modules so I made a patch you can use to rebuild it with all the needed modules.

It's time to configure everything

We would set up IKEv2 connection for Windows, Linux, Blackberry; IKEv1+XAUTH for iOS, OS X and Android, and IKEv2+EAP-TLS for Windows Phone using X.509 keys only. PSK is for girls!
strongSwan developers offer their own solution for key generation — "ipsec pki". I find it inconvenient and hard to use as it's just a wrapper on openssl with a bit different syntax so I forked OpenVPN's Easy-RSA. You can generate one keychain for both IPsec and OpenVPN with it!
http://github.com/ValdikSS/easy-rsa-ipsec
Easy-RSA is very easy to use so maintaining PKI is a pleasure with it.

We should initialize PKI, generate CA and server/client keys. It's important for server key to have a name of servers' FQDN (full domain name)!

Now we should copy our generated keys to the strongSwan keys directory.

Now, we should add our private key to /etc/ipsec.secrets

This is how strongSwan configuration file should look like

As you can see, configuration is split into different sections. config setup section has two commented lines: strictcrlpolicy = yes would require actual certificate revocation list for authentication, uniqueids = no allows multiple concurrent connections using the same certificate.
Next sections are for connections. %default section stores default configuration which other connections can inherit. The following parameters are set:

Let's take a look on IKE and ESP ciphersuites. We should include all the popular algorithms to make sure our VPN would work on all the devices. The first ones are AEAD ciphers (ciphers which don't need additional authentication algorithm) with descending Diffie-Hellman group. That's the fastest ciphers available in IPsec. Then goes AES in CBC mode. It's not allowed to connect with disabled Perfect Forward Secrecy.

If your strongSwan installation missing xauth-noauth module, you can change it to just xauth and add user client with password clientpass in /etc/ipsec.secrets

Now you have three connections: ikev2-pubkey with IKEv2, ikev1-fakexauth with IKEv1 and fake login/password authentication, and ikev2-eap-tls IKEv2+EAP-TLS for Windows Phone.

Due to different IPsec implementations and bugs in it, it's not possible to guess clients' MTU on the server side. For example, Android IPsec client sets MTU to 1500, strongSwan client uses 1400 and Cisco sets it to 1300. To fix this, we could modify TCP MSS value to prevent TCP packets data go over 1360 bytes for IPv4 and 1340 bytes for IPv6. We'll get 1400 bytes packets that way.

That's all, we finished with the server side. Don't forget to configure NAT!

Overall, steps are as follows: import p12 certificate to the keychain, create new IPsec PKI / IPsec XAUTH RSA or IKEv2 connection depending on the device, specify client certificate and server address. It is important to use exact domain name which you used for server key. It's not possible to connect to another domain or by IP address.

In my humble opinion, IPsec is a great stack of protocols and could be used as a OpenVPN alternative. I have no idea why lots of VPN services still use L2TP+IPsec as strongSwan provides all the needed providing things (RADIUS authentication, accounting, a bunch of plugins). I use it in my own service and it works great. As i already said, IPsec is very flexible and you can use crazy EAP authenticators like EAP-SIM or EAP-AKA for authentication using your cellphone SIM card.
If you're in fear of NSA, please read Don't stop using IPsec just yet