Home › General › Do you use full disk encryption (e.g., LUKS) on your server?
New on LowEndTalk? Please Register and read our Community Rules.

Do you use full disk encryption (e.g., LUKS) on your server? 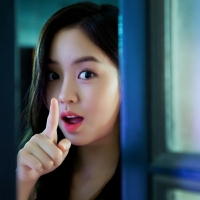 As title, do you normally use full disk encryption (FDE) on your VPS?

It would be great to protect your data at rest (e.g., in provider's backup), or you can theoretically "erase" all your disk by just shredding the LUKS header. (ofc not 100% safe because malicious provider can still peep into your kernel memory from the hypervisor)

But some weaker CPU get overloaded just from I/O encryption/decryption. Also, the problem of bootstrapping is hard (how to automatically unlock the host at boot? AFAIK, there's no way to do that securely without some kind of physcial secure device).

I recently started to setup FDE on my servers and the results seem to be okay. My use case doesn't need heavy I/O so performance drops isn't noticable too. But I just used it for a short amount of time and don't have much experience with it.

Do you use FDE on your own servers? What's your setup and how do you unlock the disk at boot time? Also, any war stories about losing all the data because of header corruption or losing password? I'd love to hear your experiences with FDE