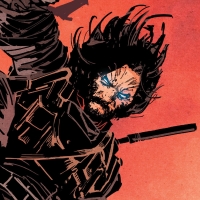 I have been working on an OSS project called Marmot. It's a masterless SQLite replication system built on top of NATS. It's still early days (2 months hardly) but we already have a lot of traction from community and people already starting to contribute. I am looking forward to build a site and demo for public to actually see it in action, for which I've started looking around for various host providers. I so far have basic sponsorship from Digital Ocean which I believe will help us do the staging testing, but it won't give me a big enough cluster of nodes (I am looking for at least 5 node cluster, and I can combine it with DO to show cross DC replication). I wanted to check with LET community to see if somebody will be interested to support an OSS project in exchange for putting them in my sponsors list?

P.S. I am already using it in production on a small cluster of 3 but that I can't put up for demo because that thing is not owned by me. So I know it works, it's matter of scaling it out and building a real serious demo out of it.