Google Analytics vs. the European Union 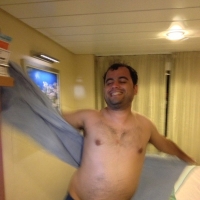 Most generic threads posted here are unrelated and quite not that interesting, but this is a big thing so I though I'd make an exception.

So, in short, several EU countries decided that Cloud Act contradicts GDPR, allowing the US access to personal information of EU citizens.

Many more EU countries have decided to make continuous use of Google Analytics illegal, and as the link from France say:

"After receiving complaints from the NOYB association, the CNIL, in cooperation with its European counterparts, analysed the conditions under which the data collected through this service is transferred to the United States. The CNIL considers that these transfers are illegal and orders a French website manager to comply with the GDPR"

I therefore believe most, if not all, will follow in the coming months.

About eight months ago, Wired posted this:

But only recently, wide adaption of EU countries to follow the ruling has been implemented, with Denmark just a few days ago warning site owners.

In conclusion, in my honest opinion, a one-sided take on this is stupid. There's good and bad with what's happening.

On one hand, the whole idea of Cloud Act is a serious blow to privacy, there's no way around that. I can see, from a european perspective, how it's impossible to guarantee the privacy gains of GDPR if the US have the rights to whatever, since many big internet companies are registered in the US. It makes any EU privacy law redundant, since the US can do whatever anyway.

On the other hand, it's worrying. Creating separate internets isn't at all nice, and it usually ends up with the "excluded part" having worse software. I might be wrong, but I don't think any GA alternative offers the same set of featured combined with being easy-to-use. Sure, there's one's with similar features, but it won't be as easy to have advanced e-commerce tracking, or as easy to integrate with Data Studio or with any 3rd-party tools you might use for Google rank tracking or whatever.

Also, on every privacy-thread on LET, someone is bashing the EU for it's lack of privacy, let's not forget that the topic here is not that, and that even if the European Union has the worst privacy rulings of them all, that dosen't mean that they'd want to give access to the same data to other countries.