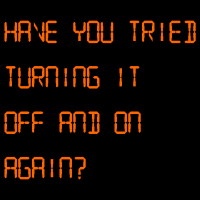 Time to (if not already):