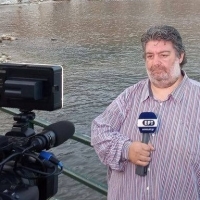 I am throwing this review here because I purchased today a new vps with them on top of the existing one, a SSD-S.
I would say that, for the price, I am really impressed with them. My older vps is costing more (7€/m) and has a really good performance for the price. I have installed Proxmox in it (no nested virt, but with good ol' LXC that is working like a charm) and in a NAT environment, I run there a lot of containers (a backup vps, two openvpn ones, an icecast streaming server, a nginx rtmp streaming server, a nimble server and a couple of vps for websites, not very crowded ones). All of them are working more than fine and the speeds are good, also.
It had an uptime of over 450 days before I rebooted it on some upgrades I did there and never had a real issue with. In fact, I have never opened a support ticket with Contabo till today, for my new vps.

A new vps that, in the first hours I have it, I am really excited watching the performance compared to the cost of it.
4 cores, 8GB memory and 200GB SSD for 5 euros. I already installed proxmox and created a couple of containers there. IPv6 is working like a charm, on top of the NAT environment I setup.
There was an issue about the SSD speeds when delivered, I could only achieve speed of ~125MB/s. That's why I raised a ticket and, in an hour, I got a respond where informed me that they did some tweaks on my VPS and fixed the write speed to the disk.
So, now, without a reboot, I get speeds almost 600MB/s, something more than good when talking for 200 whole gigabytes of SSD space and a lot of memory for just 5 euros per month.
I was also impressed that in less than an hour on Sunday, they did that fix without asking anything else.
The speeds are exactly what they advertise (200Mbits with this plan) and it is an unmetered unthrottled for the 100mbits, if the usage of 200mbits is exceeding full usage of the port for more than 8 days. More than fair!

To sum up, this is a quick bench with specs, disk speeds and cachefly speeds.