Home › General › Raymii.org got reddited, lwn-ed and news.ycomb-ed, on a 128MB LEB, with stats!
New on LowEndTalk? Please Register and read our Community Rules.

So, I have this article on my website about small Linux / ARM pc's like the Raspberry Pi. Heres a link to it

Now on sunday the 15th I submitted that to the http://reddit.com/r/linux reddit. To see my visits go up from about a hundred a day to twenty-thousand... I was shocked, happy ad hoped my little RAM host vps (128MB ram, 128mb burst, 25gb disk, 350GB bw, lighttpd) would hold. And it did, it was like, is this all ya got?

Now note that my website normally has about 100 visitors a day, as the Piwik stats say:

And this is how the spike looks in Piwik: 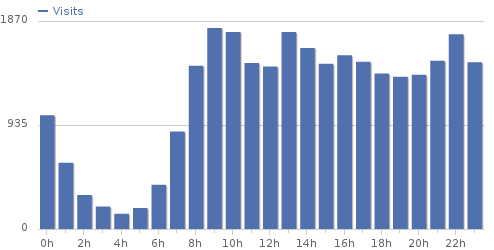 Now the Munin stats, how did the server hold up? Stats by week, from HostedMunin 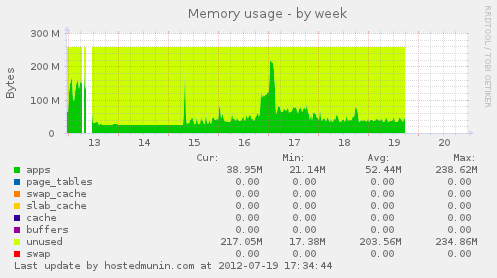 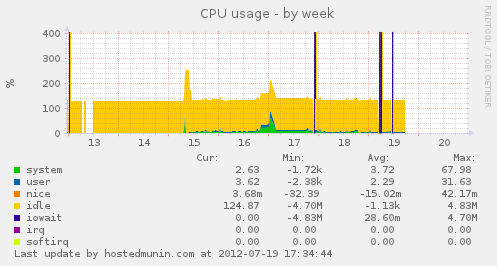 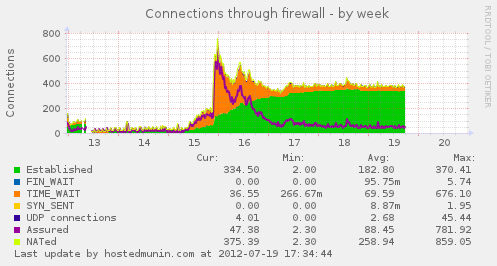 Where did it came from?

Here's a screenshot of the referrer list from Piwik: 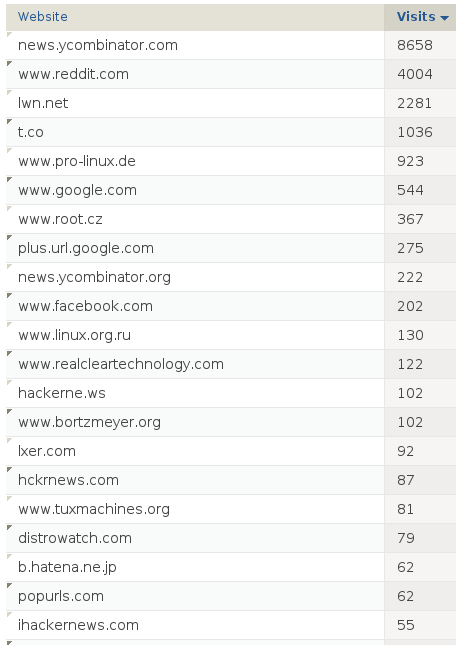 Now, the server held up pretty well, all of the uptime monitors did not report any failures. But I had some spare time, so I utilized some vps' I have, and it now runs in a round-robin DNS, webroot on a GlusterFS replicated filesystem, lighttpd + php5 + SSL, automated git deploy cluster-thingie. You can notice via this on the bottom of every page: Cluster Host: 81.30.145.69.

Now, the next thing is to get hit again, and see how it holds up in the semi-cluster setup.

What do you guys/gals think about it?

Here's a link to all the images, since LET does not get my markdown links to images: